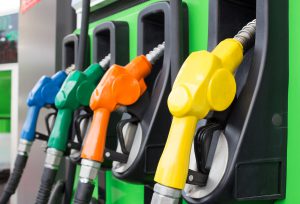 Mr Kabo and his partner own 17 petrol stations.

The portfolio includes leases to all major petrol stations across three Australian states.

The petrol retailers include Shell, BP, Caltex, Viva Energy and United, across VIC, NSW and QLD.

Mr Kabo and his partner Monica Lim also own a number of fast food kiosks and noodles, which along with the petrol sites were all acquired over the last five years the Australian Financial Review (AFR) reported.

Mr Kabo’s spokesman Bill Forward, told the AFR that despite Mr Kabo selling his investments, that he would still continue to roll out new petrol stations.

The properties are being marketed by representatives from Colliers International, whom combined have sold 47 service stations worth $240 million in the first six months of the year.

Daniel Wolman from Colliers International said: “”Demand for the asset class is high, with owners being able to generate cash from the sale of petrol pumps as well as the more lucrative retail component.”