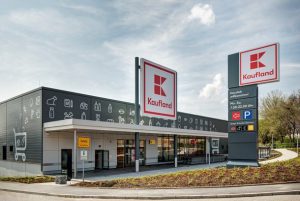 German supermarket giant Kaufland is set to shake up the already competitive Australian supermarket sector by announcing its flagship store in Adelaide.

Kaufland, a warehouse-style supermarket chain that is part of the world’s fourth-largest grocery conglomerate, has paid $25 million a site in the Adelaide suburb of Forestville.

The 20,000 square metre store will be four times bigger than Australian retailers Coles and Woolworths stores and will stocks around 60,000 products.

Known as a cross between a supermarket and Kmart, Kaufland stocks everything from food to car supplies.

According to The Age, the retailer, controlled by the giant Schwarz Group in Germany, had been looking at sites in Australia for more than a year. The 36,000 square metre site in Adelaide was owned by the Le Cornu family who used it for their furniture business which they sold to ASX-listed Fantastic Holdings in 2008.

This article was written and pubilshed by FMCG Business. You can view the original article here.