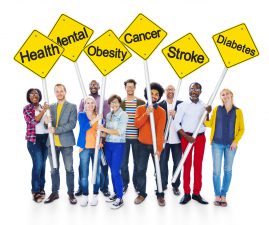 The risks of obesity extend to serious medical conditions.

Experts estimate that by 2025, the annual cost of treating obesity-related diseases will cost Australia $21 billion.

The World Obesity Federation (WOF) warned that without action the cost of treating the serious medical conditions associated with obesity (including heart disease, diabetes and some cancers) would reach $US11.2 trillion per annum within the next eight years.

“Continual surveillance by WOF has shown how obesity prevalence has risen dramatically over the past 10 years and with an estimated 177 million adults suffering severe obesity by 2025, it is clear that governments need to act now to reduce this burden on their national economies,” he said.

These figures come not long after there were calls for the Australian Federal Government to introduce a sugar tax on soft drinks.

34 of Australia’s leading health organisations proposed the tax, as part of a strategy to tackle obesity.

The proposal also included a ban on unhealthy food advertising on free-to-air television during prime time.