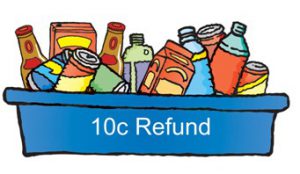 Woolworths will partner with the NSW government to offer the first can and container refund scheme in NSW.

The ‘Return and Earn’ scheme is being introduced as a way to clean up the beaches and parks across the state.

The scheme will be launched on December 1 and provide consumers with 10 cents for every eligible beverage container that is returned to be recycled.

Woolworths will provide 180 collection points for the recycling machines to be installed at, and the 10 cent refund will be able to be directly deposited, donated to charities or issued in shopping vouchers.

When the scheme was announced earlier in the year, former NSW premier Mike Baird said it was a historical day for NSW.

“Never before has there been an attack on litter like we are undertaking today,” he said.

“It’s about time that NSW took leadership on this issue.”

Environment minister Mark Speakman said this was an initiative to drive down litter.

“We know that 160 million containers end up in litter in NSW,” he said.

Mr Speakman said it was also a good thing to happen to charity and community groups.

“We know in South Australia that charity and community groups received about $60 million a year revenue from participating in a container deposit scheme.”

The Return and Earn scheme will be implemented to reduce litter in the state by 40% by 2020.

4 Responses to Woolies to partner with container deposit scheme