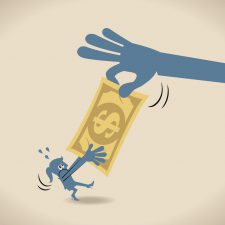 It is alleged that the former franchisee stole thousands from international student employees.

The Fair Work Ombudsman (FWO) has begun to take legal action against a former 7-Eleven franchisee.

It is alleged that the franchisee exploited three international students through a cash-back scheme in the Melbourne CBD retail store.

The FWO said following the 7-Eleven head office setting up a high-tech pay roll system in 2016 to ensure legal payments were made, that Ms Lin tried to disguise underpayments of three international students by requiring they pay back thousands of dollars in wages.

The three employees were all Chinese students aged between 21 and 24, and who were in Australia on student visas.

A media release from the FWO said: “From 2016, Xia Jing Qi was required by 7-Eleven Head Office to use a biometric system that recorded hours of work by scanning employees’ fingerprints to sign in and out, with Head Office then processing the payroll”.

“It is alleged Ms Lin told the three employees in late 2015 they would be paid through this payroll system but then specified a weekly sum for each of the workers to pay back via a safe box in the store or to Ms Lin’s bank account,” the release said.

“It is alleged that after returning this portion of their wages, the employees were left with hourly rates ranging from $8.53 to $26.52.

“Under the General Retail Industry Award 2010, the employees were allegedly entitled to ordinary hourly rates including casual loading of up to $24.30, up to $38.88 on Sundays and up to $48.60 on public holidays.”

The total of the unpaid wages came to $6674 for various periods of work between November 2015 and October 2016.

It is understood that the former employees have now been back-paid.

7-Eleven GM of corporate affairs Clayton Ford said: “7-Eleven welcomes the FWO’s legal actions against this former franchisee, and has fully supported their investigation since 2016”.