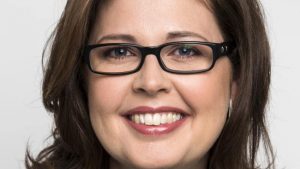 Pepsico has won a global award that recognises its diversity and inclusion.

Pepsico allows employees to ‘swap out’ Australian public holidays based on the Christian Anglo-Saxon calendar, for ones more culturally relevant to its employees including Chinese New Year or Eid News.com.au reported.

The concept is being trialed, ‘floating cultural holidays’ and was introduced in 2017 as part of the company’s broader diversity and inclusion initiative.

PepsiCo senior HR director Shiona Watson said: “We have around 45 nationalities in our Australia and New Zealand business, it’s something that we’re increasingly recognising, celebrating and trying to find new ways of creating broader awareness of cultural differences”.

“What we’ve said to our employees is we recognise for the most part the Australian public holiday system is based on a Christian Anglo-Saxon calendar. We said we’ll allow our employees some flexibility,” Ms Watson said.

There are still holidays within the calendar that are non-negotiable, such as Christmas, Easter, Anzac Day and Australia Day.

“As with every program we’ll stop and evaluate. We’ve just started with the Labour Day public holidays, Queen’s Birthday and sporting holidays [such as] Melbourne Cup.”