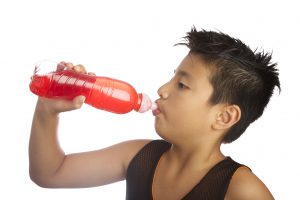 The UK Government has announced its plan to ban the sale of energy drinks to children under the age of 16.

The move comes from years of lobbying by advocacy groups, News.com.au reported.

The age limit will extend to beverages high in caffeine and sugar including Monster, Red Bull and Lucozade.

British Health Secretary Matt Hancock said in a letter: “Following a high level of interest in the consultation, we plan on announcing that we will be ending the sale of energy drinks to children under the age of 16”.

Mr Hancock claimed this was “taking a precautionary approach to mitigate the potential negative effects associated with their excessive consumption by children”.

Celebrity Chef Jamie Oliver who has spent the last three years campaigning for the cause,  reportedly welcomed Mr Hancock’s announcement saying it was “good news”.