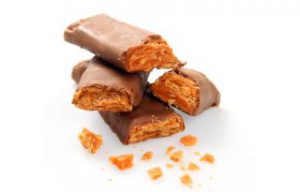 The last time this chocolate bar was on our shelves Malcolm Fraser was prime minister.

The popular Scorched Peanut Bar, produced by Cooks Confectionary, has made a quiet return to Australian shelves.

The 45g bar, described as “scorched peanuts encased in smooth toffee covered in milk chocolate” can be found in retailers across the country, including Caltex, Metcash, Ritchies IGA stores and other select retailers.