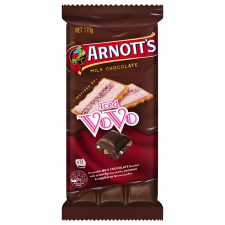 As the year draws to a close C&I take a look back on the stories that got you clicking in 2019.

And reflecting Australia’s insatiable appetite for sweet treats, two of the biggest stories of the year were chocolate related.

This was closely followed by the news in May that Cadbury were releasing a special edition block aimed at reconnecting families. Each square of the block featured a letter of the alphabet and a number of full words hidden in the block, with the idea that by sharing the chocolate, family members could work together to spell the words. These could then be entered into an online competition for the chance to win a new block.

And in a wider trend of the big hitting convenience stories this year, the third spot was on the announcement by Woolworths Group Limited in March that EG had been approved to acquire 540 of their petrol and convenience sites with an expected return of $1.7 billion for shareholders.

Woolworths stories appeared seven times in the top 100 this year, showing the supermarket chain’s movements were closely monitored in the industry.

But it was a petrol story that came in at number four, with the news in September that one of Australia’s largest independent fuel retail chains – Puma Energy, were to sell retail assets to cut its debt and improve profits.

And rounding out the top five was news German branded supermarket Kaufland had been approved for development on three Victorian sites in March and were to open a headquarters in Melbourne.