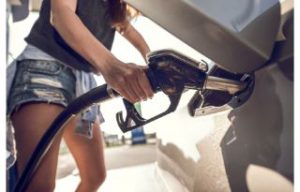 In some rare good news for petrol prices, motorists may see some relief ahead of the Australia Day long weekend.

The NRMA have forecast a price fall in Sydney and regional NSW, thanks to an oversupply of oil in the Asian market.

Prices have already been falling – on average around 15 cents per litre over the past week and are continuing to fall around 2 cents per day, in line with the petrol cycle.

By the weekend it’s expected the average price will hover around 132 centre per litre (CPL) for regular unleaded, down from today’s Sydney average of 148.9 (CPL). While regional areas could see a price drop of 3 cents per litre.

Australia’s benchmark price (set by the Singapore Mogas) is at it’s lowest in two and-a-half months, down to US$70.3, which could equate to a four cent price drop over the next few weeks.

NRMA spokesperson Peter Khoury said families could, on average, save up to $10 on a tank of petrol, which he hoped would be an incentive for people to hit the road over the long weekend to bring much needed business to bush fire affected area.

“There is a broad push to encourage people to get in the car and take a holiday, including the Australian Government’s $76 million commitment for a domestic tourism campaign, and the NRMA strongly supports these efforts,” Mr Khoury said.

“Both world oil prices and the Sydney price cycle are working in our favour here in NSW and every cent saved at the bowser could be spent on a holiday, thus helping local communities impacted by bushfire and drought to rebuild.”

However, the good news isn’t likely to be shared in South Australia. The Royal Automobile Association (RAA) earlier this week said the combination of a petrol cycle peak coinciding with the long weekend and an increase in local prices over the last 12 months would cause pain for those looking for a weekend getaway.

SA does not yet have real-time fuel pricing, which is in place in NSW, WA the NT and has recently been trialed in QLD.