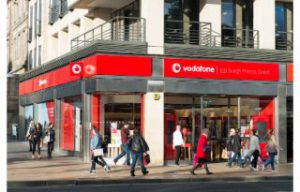 The proposed $15 billion merger of Vodafone and TPG has been given the green light by the Federal Court, stating they did not consider it would lessen competition.

Vodafone welcomed the decision, with VHA chief executive officer Iñaki Berroeta saying it would allow for ‘greater investment’ in 5G and other next generation networks.

“It’s been 18 months since we commenced the approval process for this merger and we’re very keen to move forward and deliver these benefits as soon as possible,” he said.

“We have ambitious 5G rollout plans and the more quickly the merger can proceed, the faster we can deliver better competitive outcomes for Australian consumers and businesses.”

Adding that the creation of a third, fully-integrated telecommunications company would give the company the scale to compete across the telecoms market.

“For the first time, Australia will have a third, fully-integrated telecommunications company,” he said.

However the decision is in contrast to consumer watchdog the ACCC, who last year opposed a merge as it believed TPG would become an “innovative and disruptive competitor” in the Australian mobile network if it were to remain independent.

Currently Telstra, Optus and Vodafone hold more than 87 per cent of the mobile service network and the ACCC last year noted TPG had already invested $1.26 billion to build a mobile network and had an established customer base, extensive transmission network and established brands, which also include iiNet and Internode.

ACCC Chair Rod Sims said the decision would be to the detriment of consumers.

“Australian consumers have lost a once-in-a-generation opportunity for stronger competition and cheaper mobile telecommunications services with this merger now allowed to proceed,” he said.

“Mobile telecommunication services are integral to Australia’s social and economic future and Telstra, Optus and Vodafone already control almost 90 per cent of the market. There is clear evidence that consumers pay more when markets are concentrated.”

“The ACCC’s concern was that with this merger, mobile data prices will be higher than they would be otherwise. These concerns were reinforced by statements from the industry welcoming the merger and the consequent “rational” pricing.”

The merger is due to be completed by mid-2020, subject to shareholder and regulatory approvals. The ACCC have said they are considering the judgement.