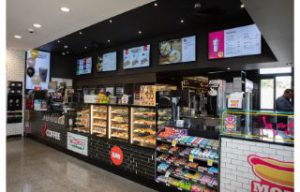 The impact of Covid-19 is being felt in essential service businesses, too.

They have attributed the delay to “unexpected circumstances” and government restrictions resulting from Covid-19.

The chain last year announced the multi-million dollar Stawell development was on track to open in March this year, and was pegged as being one of the largest regional stores.

Once opened, its anticipated features will see the store well placed to ensure strict hygiene and social distancing measures will be observed. Including options to pay for petrol at the pump through the OTR ap or pre-ordering C-Coffee, quick food and selected products for pick up.

The store will also have a new Truckie Lounge and a Hungry Jacks on site and will offer BP fuel.

OTR have also announced they will have accessible hand washing facilities and hand sanitiser in store and measures to minimise contact.

The second Horsham store, on Dimboola Rd, had been due to open next month and will have a similar set-up to the Stawell store.

Once open, both stores are expected to generate many local employment opportunities. Revised opening dates for both stores will be announced soon.