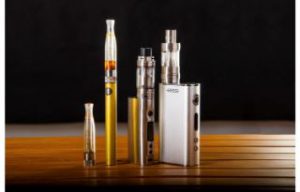 Imports of e-cigarettes and nicotine refills have just been banned in Australia.

There will be exemptions on those prescribed by a doctor, where it will be used to help quit smoking and only after other nicotine replacement therapies have failed.

The ban will last for 12 months and the TGA has said it will allow for greater public consultation around future regulation of nicotine products.

It does not include the sale or import of non-nicotine containing e-cigarettes, which continue to be legal.

Importing penalties will now carry penalties of fines up to $222,000

Director of Policy for the group, Emilie Dye called it a ‘death sentence for thousands’.

“Vaping, because of how it imitates the process of smoking and retains smoking culture without filling users’ lungs with tar and carcinogens, is the most effective means of quitting. But a legitimate stigma against smoking has been unfairly applied to vaping.”

However the Royal Australian College of General Practitioners (RACGP) welcomed the ban. RACGP President Dr Nespolon praised the decision, saying not enough was known about the long term health effects.
“The long-term health effects of using e-cigarettes or ‘vaping’ are unknown and public health experts have different views on whether they are effective as a smoking cessation tool,” Dr Nespolon said.
“This is not a smoking cessation aid that should be embraced by all smokers in the community, it is a last resort prescription for people who have already tried evidence-based smoking cessation options and not succeeded. GPs will be able to prescribe e-cigarettes for patients who have tried to quit smoking but failed again and again.”