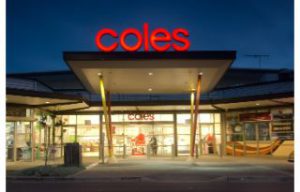 A ram raid attack on a Coles supermarket is the latest in a wave of C-store and retail crime.

ACT Police have the supermarket in Curtin was ram raided by a Toyota Sedan at about 4.10am on Thursday.

Two people attempted to break into the cigarette counter, however fled empty handed.

It follows violent robberies in Sydney and Melbourne in recent weeks, including an attempted armed hold-up of a Waterloo convenience store in which two people robbed an attendant of cash and cigarettes.

In another attack earlier this month, two men armed with Samurai swords held up a Georges Hall service station.

Australasian Association of Convenience Stores CEO Jeff Rogut has been vocal in his calls for more pro-active policing to target C-store related crime.