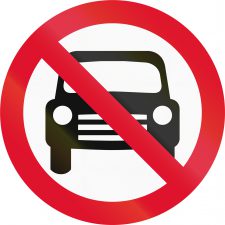 A newly released budget by the Morrison government has upset the Greens political party.

The Morrison government allocated $400,000 for a national electric vehicle strategy, which the Greens said is ‘an absolute joke’.

The Greens party said the move was a joke, especially when it was compared with an allocation 25 times as much in luxury car rebates.

“With this woeful amount of money towards electric vehicles, the Morrison government is leaving Australia stalled on the sidelines of the electric vehicle revolution while the rest of the world zips us by,” Ms Rice said.

“The Budget even has $11 million earmarked for a luxury car rebate for tourist operators and primary producers. This is 25 times more funding for people to buy luxury cars than for a national electric vehicle strategy.”

“This is a government with absolutely no plan, no vision and no desire to get Australia on track to enjoy the many benefits that electric vehicles will bring.”

The Greens party has also expressed frustration over the Labour party and what they said is an ‘embarrassing vehicle emissions backflip’.

The party said the backflip shows the electric vehicle and emissions standards policies were written on the run.

“Putting the onus on car dealers rather than manufacturers was clearly unworkable and just demonstrates that Labor has cooked up this dog’s breakfast of a policy on the run,” Ms Rice said.

“Every other country in the world with emissions standards regulates this through manufacturers, not dealers. This is also what the experts, including the Climate Change Authority, have always recommended.”

“So far this week Labor has announced a weak 50% by 2030 EV target, but with no mechanisms or policies to achieve it. They also announced a light vehicle emissions standard, but wouldn’t commit to an implementation schedule. And now this backflip.”“It’s becoming crystal clear that Labor’s electric vehicle and emissions standards policies are just announcements without any substance. There are no timelines for implementation or measures to achieve the targets. The whole thing looks to have been written down on the back of a serviette to dump the day before the budget.”