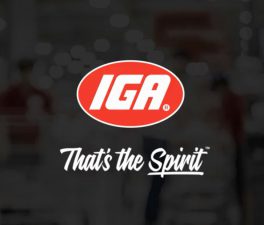 Leading IGA stores in Western Australia are celebrating after winning at the annual Independent Grocers of Australia (IGA) Awards of Excellence held at the Crown Perth on 14 April.

The IGA awards represent the highest example of Retail Excellence and demonstrate the store’s ability to grow in challenging competitive environments.

The awards are a chance to formally recognise the dedicated efforts of the stores and their staff in the local community and herald the winning stores as the benchmark for other IGA supermarkets across the retail network.

Metcash Food & Grocery GM Grant Ramage said: “The leading WA stores presented with an award tonight demonstrate impeccable retail standards, team work and dedication to providing a great experience for the local community. We’re proud to support independent supermarkets across WA and acknowledge the hard work and commitment our stores have demonstrated throughout the year.”

Twenty department awards were presented, with the full list of winners outlined below: