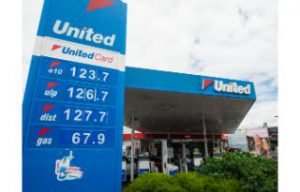 It hasn’t only been the retail stores digging deep to help fund the national bush fire recovery, with petrol companies also giving generously.

Including a $1 million donation to the national appeal from United Petroleum.

“These bush fires are incredibly devastating  for the whole of Australia and as United Petroleum is 100% Australian owned and operated, we truly believe that we are part of fabric of the community we serve,” a company spokesperson said on the donation.

“We want to acknowledge the amazing courage of the families who have lost land and property as well as the dedication of the volunteer firefighters who have and continue to protect our local communities”.

C&I reported earlier this month that BP Australia had committed to a $635,000 donation – $500,000 to be split between the Red Cross and Salvation Army and the balance between other charities.