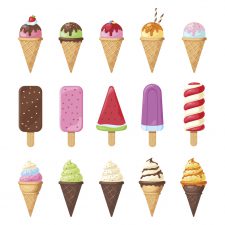 The humble Golden Gaytime has been revealed as the number one favourite ice cream of Australians.

Speaking to The Today Show, Nine.com.au’s food editor Jane de Graaff said: “There’s still a place for the tub of vanilla [ice cream] in the freezer…simple is good but there’s lots of variety out there”.

“One of the things I love about the servo style ice cream, is when there’s six of you and you all want an ice cream you can all have something different, so you can pick exactly what you love,” Ms de Graaff said.

“Gaytime’s are still number one, Maxibon very much up there, but they’re changing all the time, there’s often new fancy ones coming in but the old school ones are still there.

“Two things that we’re seeing happening are they’re getting really really fancy and there’s a lot of collaborations happening like with Messina and Drumstick, but there’s also a lot of healthy options and there are ones for people with allergies as well.

The Today Show’s Facebook page held a poll to find out which ice creams were the most loved.