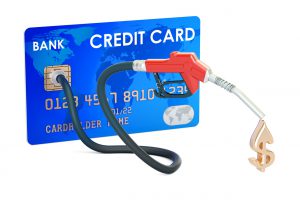 As prices continue to soar and reach their highest in four years, Australians are being warned that this might continue.

Commsec chief economist Craig James said: “Filling up the car with petrol is the single biggest weekly purchase for most families. So a higher petrol price has the potential to trim spending on discretionary or non-essential items,” Business Insider reported.

“The average household is spending $30 more a month for petrol than six months ago.

NRMA spokesman Peter Khoury told news.com.au the current prices were “worrying” — but that they had the potential to get worse.

“Nationally prices are the highest they’ve been in four years and we’re probably nudging towards the highest in five years in the capital cities,” he said.

“Diesel prices are the highest in 10 years — these are all records we don’t want, but unfortunately there doesn’t appear to be any relief coming soon.

“Factors that are causing it don’t look like they are going away any time soon so we need to look locally at what can be done to save a little bit of money at the bowser.”

Mr Khoury told News.com.au that motorists should pay attention to price comparison websites and mobile apps such as FuelCheck, MyNRMA, GasBuddy and MotorMouth to find the best price near them.