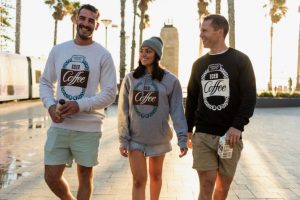 The biggest beverage news in the last 12 months would have to be the sale of Lion Dairy & Drinks to Chinese owned Mengniu Dairy Company Limited for AUD$600 million.

The agreement, reached in November, includes all white milk, milk-based drinks, yoghurt, juice, water ice brands and assets as well as Lion’s international businesses and the company’s chare of joint ventures Vitasoy Australia and Capitol Chilled foods and their licensing agreement with Yoplait.

While Lion’s Australian and NZ alcohol businesses and global Lion Little World Beverages were not included in the sale.

But for C&I readers, it was the quirkier stories that drew the biggest audiences.

Including the number one trending beverage story of Farmers Union merchandise release. of tees, caps and hoodies.

And proving all things coffee make news, the October announcement that Japan’s number one coffee-in-a-can brand Suntory Boss Coffee would launch in Australia was also one of C&I’s top read stories.

As was the announcement that the world’s fastest growing energy drink had you wanting to find out more. As did Heineken’s beer drive-thru in celebration of the launch of Heineken 0.0 beer.