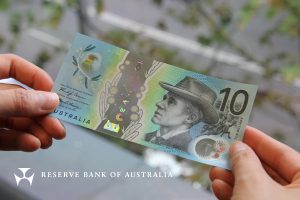 It was recently announced that Australia’s newest bank note would be released into general circulation from September 20 2017.

The Governor Philip Lowe said the new notes will contain the same security features as the previously released $5 note.

“[Featuring] A clear top-to-bottom window and a tactile feature so that it can be recognised by vision-impaired members of the community,” he said.

The new $10 note has been rigorously tested in the lead up to its release, as the Reserve Bank has been working with cash handlers, businesses and machine manufactures to ensure the notes can be used in a range of day-to-day transactions.

The new note has a whole range of security features including the following:

There is also the addition of two raised bumps on each side of the long edges of each bank note for the vision impaired.

The RBA has also released a counterfeit detection guide which includes what to look for if a note is suspected as counterfeit and what measures to take in the event of suspect bank notes.