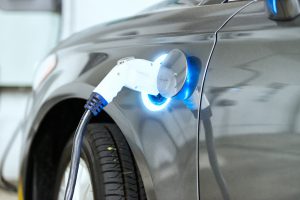 Electric power cord plugged in and recharging the electric vehicle.

The Greens have unveiled a policy to ban the sale of new petrol and diesel cars by 2030, while simultaneously making the price of electric cars more affordable.

The policy would also see many vehicle taxes cut to ensure the affordability of electric cars.

Greens spokesperson Janet Rice said the policy wasn’t aimed at shifting all petrol cars off the road in a rapid shift.

“It’s not a matter of people having to retire their car early,” Senator Rice said.

“Basically, it’s for all new vehicle sales by 2030 to be electric vehicles.”

According to the ABC, the policy has five main elements:

Australian Automotive Dealer Association chief executive David Blackhall said: “If this plan was to result in an appetite from Australian consumers to buy electric vehicles, plug-in hybrids, fuel-cell vehicles in increasing numbers — we love it”.

According to Mr Blackhall, drivers are reluctant to buy electric vehicles due to concerns about price, performance and range.

“When you’re not even within shooting distance of price parity, consumers are going to vote with their wallet,” he said.

“The second thing is geographic reality in Australia. We live in five big urban centres and then the rest of Australia in far-flung regional centres.

“Range anxiety on the current lithium-ion battery technology is major issue, in my view.”

Senator Rice said prices were coming down and the proposed tax breaks would make buying an electric car more affordable.

“We’re about to have electric vehicles arriving in the Australian market at around the $40,000 cost,” Senator Rice said.

“We’re proposing to reduce taxes and charges on new electric vehicles that would essentially be about a $10,000 dollar saving off that $40,000.”

“The vast majority of trips around Australia are less than 30 kilometres.”

“Even in remote and rural areas, three-quarters of the journeys people undertake are less than 50 kilometres.”

Understanding the dynamics of our market
Schweppes search for new CCO