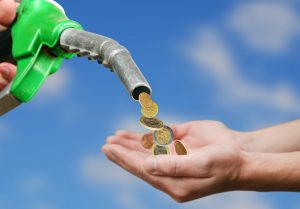 People in France have been protesting over rising fuel costs, forcing more than 3000 police officers to intervene.

According to News.com.au, Paris residents are also protesting against the French president Emmanuel Macron who has held strong on fuel tax rises.

Mr Macron insists that it is necessary to reduce France’s reliance on fossil fuels as well as funding renewable energy.

The protesting reportedly began as a response to Mr Macron’s attempts to reform France’s labour laws.