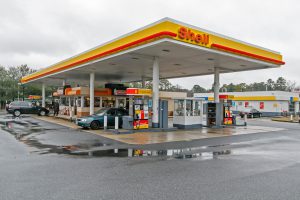 For just one hour, a Shell service petrol station in Rocklea was selling unleaded petrol for a measly 81 cents per litre.

The discount was on offer as a way to celebrate the success of the company’s v8 racing team.

The petrol was 81 cents per litre between 10am and 11am at Shell Coles Express on Beatty Road.