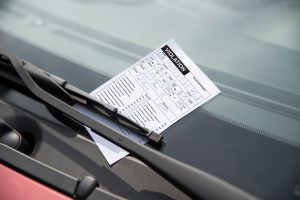 A woman has been fined £60 ($108AU) in the UK for picking up her daughter while she filled her car with petrol.

Ms Pickering had stopped at a petrol station at East Maitlands Airport, on her way to the airport to pick up her daughter.

While Ms Pickering was filling her car with petrol, her daughter left the airport and arrived at the petrol station.

CCTV footage at the petrol station caught the moment the young woman was putting her luggage into the car, while her mum paid for the petrol.

According to Nottinghamshire Live, Ms Pickering was then fined for “stopping in a zone where stopping prohibited”.

Ms Pickering responded to the fine saying: “I was using the facilities. I am not just sitting there at the petrol station”.

She said there was no way she would be paying the fine.

“While this was previously indicated by double yellow lines, all roads are now red-routed and are enforced by a third-party organisation. The same compliance company also has a separate agreement in place with the petrol station owners.

“The safety of people visiting and working at the airport is our number one priority. Over 8000 people are employed across the airport estate, and thousands of passengers arrive at and depart from here each day. Everyone who comes to the site needs to be safe.

“Controlling traffic flow on the roads throughout the airport is key to ensuring people’s safety and enjoyment of visiting EMA. Vehicles waiting in undesignated parking areas when dropping off and collecting passengers not only causes congestion but is dangerous for both drivers and pedestrians.

One Response to Mum fined in the UK