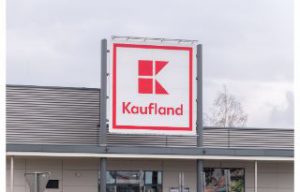 There has been another twist in the shock exit of German retailer Kaufland from Australia.

After announcing last week they would make an “orderly” withdrawal from Australia – before a single of their initial 20 planned stores had opened, it has been revealed the Australian Competition and Consumer Commission are investigating claims of a consortium working against the chain.

The Australian Financial Review report the ACCC are looking into whether fresh food suppliers were withholding supply from Kaufland in fear of reprisal by rival supermarket chains.

ACCC chair Rod Sims told the Nine publication they welcomed any information on such practices to contact them.

“Agreements between competitors not to supply certainly raises cartel concerns and the law is pretty clear on this,” Mr Sims said.

‘‘We would be extremely keen to talk to anybody who has any information about this, we have very sophisticated processes for protecting the identity of anyone who does come forward.”

C&I last week reported Kaufland would be leaving Australia, despite having previous announced plans to initially open up to 20 stores across Victoria, South Australia and Queensland and having purchased multiple sites and begun construction on a $255 distribution centre.

More than 200 Australian employees are understood to have lost their jobs in the move.