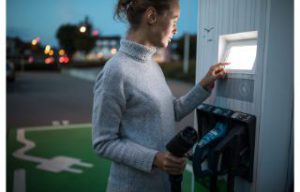 Australia needs to begin planning for the future of electric cars, according to the Australian Energy Market Commission.

In an issues paper released today, the commission states Australia has an opportunity to plan ahead to best utilise the technology and calls on industry stakeholders to provide feedback on the current market, so they can better assess innovation within the sector.

More than five million electric vehicles have been sold globally. Including more than 6,700 in Australia last year, where there are currently more than 1930 public charging stations.

And while the proportion of electric vs petrol and diesel vehicles in Australia is currently relatively low, sales are forecast to expand significantly in coming years.

A report by the Bureau of Infrastructure, Transport and Regional Economies estimated that up to 8% of cars would be electric by 2025, rising to 50% by 2035.

Acting chief executive at the commission Suzanne Falvi said electric cars will have a big impact on the energy market.

“Sales of electric vehicles increased by more than 200% between 2018 and 2019 and we need to lock in lower cost ways to support consumers who want them. If we get ahead of the curve, we can make sure this technology makes a positive contribution to our future power system and doesn’t become another cost driver,” she said.

“We’re starting a conversation today with this issues paper to generate ideas and identify what barriers to innovation there might be that could stop new electric vehicle products and services reaching consumers.”

The paper outlines a raft of suggestions for innovations, such as harnessing the power grid for charging stations in order to better use existing energy infrastructure.

Which could include granting households the option to charge cars while energy prices are low and then selling energy back to the grid when prices rise.

As well as looking at ways energy loads could be clustered during charging which could provide additional energy resources, such as  a ‘virtual battery’ that responds to energy demands in the market.

And using technology to allow charging stations to harness excess solar generation, which could then be re-directed back into households or the grid.

“Electric vehicles are an opportunity for retailers or new energy providers to innovate with new residential products,” Ms Falvi said. “While existing consumer protections must apply to new products and services, we need to make sure that existing rules and regulations don’t stifle innovation.”

As part of the paper, the commission are also seeking feedback on innovations, products and services in the sector for both public and residential charging and whether current market conditions are fostering enough innovation.