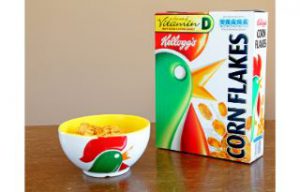 As the financial toll of COVID-19 continues to affect thousands of Australians, cereal giant Kellogg’s is stepping up to help those in need.

Kellogg’s Australia and New Zealand today announced they will up their food donations by one tonne each month for the next six months. The donations equate to roughly 150,000 bowls of cereal and will be distributed to those at risk of food shortages via food relief charities Food Bank and OzHarvest.

They have also made a one-off immediate donation of 215,000 serves of cereal and snacks shared between both charities in Australia and City Missions in New Zealand.

Kellogg’s Australia managing director Esme Borgelt said the global pandemic was having a huge impact on vulnerable communities and putting many at risk of food shortages, adding food charities were experiencing a surge in requests for help from struggling families.

“It’s with these families and communities in mind that we’re strengthening our ongoing support for those who need help during this difficult time. We know that the ongoing impacts of COVID-19 will be long lasting, and we’re continuing to look for new and creative ways to increase the amount of food that we’re able to donate and to make sure we are getting it to those who need it most,” she said.

“As a food company, we have a critical role to play in helping combat food insecurity and feed those in need. Now more than ever, we’re doing whatever we can to make sure our food is continuing to reach vulnerable children and families.”

Kellogg’s has donated more than $10 million in global COVID-19 hunger relief in an effort to prevent the up to 50% rise in people at risk of food insecurity, according to research from the United Nations University.

Donations have so far helped those across Asia, Europe, Latin America, the United States and Canada.