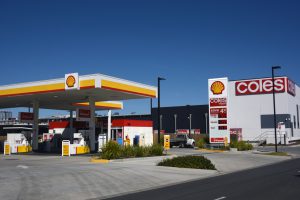 The Gatton, QLD and Inverell, NSW stores were purchased for $5.1 million each. Both stores had been built within the last five years (2015 and 2016 respectively) and have been leased by Coles with a combined weighted average lease expiry of 8.3 years.

AQR Fund Manager Chris Brockett said they were thrilled with the acquisitions. “In particular, the acquisitions demonstrate that we continue to be active in sourcing and executing on new investment opportunities,” Mr Brockett said. “Gatton and Inverell take our total committed investment in acquisitions and developments for the financial year to $90 million, and with a healthy balance sheet we are well placed to pursue further identified opportunities.”

APN has also completed four fund-through-development projects worth $19.8 million since December. Three stores are in South Australia, a Liberty station in Edinburgh North and two Mobil X stations in Hampstead Gardens and Gepps Cross, as well as a Liberty in Gosnells, Western Australia.

The acquisitions are expected to be settled by the end of June and will push the AQR’s portfolio value to $425 million.