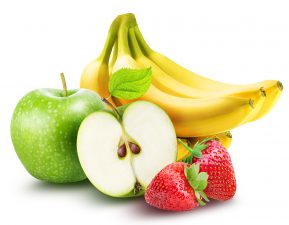 Following numerous reports of sewing needles being found in strawberries recently, the NSW Police has reported that other fruits are reportedly being contaminated.

An apple and a banana are currently under investigation after being found with metal and needles inserted into them.

A spokesperson for the NSW Police Force said: “A number of incidents that have been reported to NSW police force, all reports are being investigated…[including a] contaminated banana and apple in the Sydney area”.

“We don’t have any confirmed motivations or reasons as to why a person would be doing this,” he said.

NSW Police said the incidents are being treated as food contamination, which is a serious offence and carries a 10-year jail sentence.

“At the end of the day its an act of treachery on the community of NSW and across the nation…we urge the public t continue to report any of these incidents,” the spokesperson said.

She said the money would be used to promote Queensland strawberries as well as improve traceability and integrity within the supply chain.

“This past week, Queensland has been the victim of an ugly, calculated and despicable crime,” Ms Palaszczuk said.

“The sabotage of our strawberry industry is not just an attack on hard-working growers and workers, but it reaches into almost every home and school lunch box.”