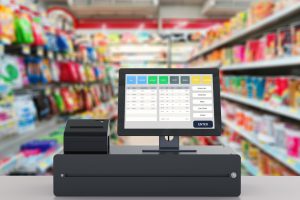 The Australasian Association of Convenience Stores (AACS) has commended the Tasmanian Government for recognising the threat to small businesses that raising the legal tobacco purchasing age would have, as well as the boost it would give to criminals supplying the black market trade of illegal tobacco.

A Bill proposing to raise the legal age from which adults could buy legal tobacco in Tasmania to 21 was withdrawn today after the Tasmanian Government indicated it would not support it.

It’s the second time such a proposal has been floated and subsequently withdrawn.

The AACS had previously reinforced the enormity of the illegal cigarette trade in Australia and warned the proposed Bill would only exacerbate the problem.

“This is a common sense outcome. In addition to the freedom of choice implications for adult consumers, raising the age from which Tasmanians can purchase legal tobacco would cost jobs in the convenience industry and drive more people to the black market,” AACS CEO Jeff Rogut said.

“Australia is one of the world’s most lucrative markets for illicit tobacco because the taxes on legal tobacco are so high. This Bill would have singled out Tasmania as an even more lucrative market for criminals to target.

“The average age people start smoking is 16, even though it’s illegal for people under 18 to purchase tobacco. The black market’s penetration of the market is clear. Raising the age to 21 is pointless.

“Law-abiding businesses which responsibly sell legal tobacco like convenience stores would have suffered negative economic consequences as a result of the Bill for no gain.

“Now that the proposal has again been withdrawn, it’s time to remove it from the agenda for good. Let’s allow small businesses to focus on serving their customers without any future uncertainty, and allow the age restrictions already in place to continue to work,” he says.

The AACS acknowledges that legal tobacco, responsibly sold with existing age restrictions in place, is an important product for convenience stores. It represents 39.5% of a typical store’s sales on a national average basis.

“We believe a focus on education, as part of a range of coordinated initiatives including the regulated legal sale of e-cigarettes, would be the most effective way to reduce the incidence of smoking,” Mr Rogut said.