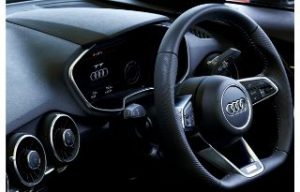 Australia’s favourite premium retail brands have been revealed – and it’s a mixed bag.

Research group Roy Morgan conducted a national survey of high spending premium customers to determine where they’re choosing to spend their money, analysing the findings to determine the top 10 brands.

And it seems the high-spenders are adding a touch of luxury in all areas of their lives, with the list delivery a big mix of services.

Coming in at number one was the Coles Group operated Vintage Cellars, while the second spot belonged to luxury car manufacturer Audi.

The rest of the list included UNiSuper, clothing retailer Zara, Emirates and Lexus.

Roy Morgan CEO Michele Levine said we’re in a two speed economy and the findings showed there was a widening gap between the have and the have-nots when it came to spending, saying 10 million consumers were in the ‘slow lane’ while 4.7 million premium consumers were spending up big.

“The word ‘premiumisation’ is on the lips of business leaders eyeing off the economic fast lane while, at the same time, the slow lane is becoming even more commoditised. In today’s slowing economy the premium market is thriving,” Ms Levine said.

“Business leaders are now recession-proofing their brands by recognising (a) there is a two-speed economy, and (b) they can now reach, motivate, and acquire these truly premium consumers as their most valuable customers.”