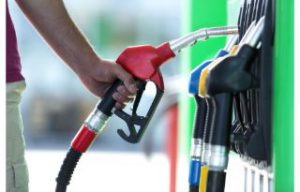 The UK has pledged to ban the sale of all petrol, diesel and hybrid cars within 15 years – five years ahead of their initial 2040 deadline.

The shorter timeline was announced by Prime Minister Boris Johnson ahead of the launch for the 2020 UN Climate Change Conference (COP26), to be held in November.

And aims to put Britain in a better position to reach their goal of near-zero carbon emissions by 2050.

“There can be no greater responsibility than protecting our planet, and no mission that a Global Britain is prouder to serve,” the BBC quoted Mr Johnson as saying on the decision.

“2020 must be the year we turn the tide on global warming – it will be the year when we choose a cleaner, greener future for all.”

“We have a responsibility to our planet to lead.”

The ban will the put the UK in line with Brussels, who plan to ban diesel cars by 2030 and petrol cars by 2035, but behind Germany, Ireland and France who have announced their bans will come into affect by 2030. While Norway has an ambitious target to ban the sale of both petrol and diesel cars within the next five years.

Major cities are also pledging to lower their emissions, with Madrid and Copenhagen planning bans on diesel powered vehicles within 10 years. And an emissions law passed in Canada’s British Columbia will see at least 10 per cent of all cars sold by 2025 be zero emission.

Their Single Source survey found that of the proportion of Australians intending to buy a new vehicle in the next four years, 12.7% were considering a hybrid  – equating to 188,000 people and 4.2% an electric car, or 63,000.

This is in contrast to petrol cars, which still accounted for close to 60% of the preferred option, but was down by 6.3% on last year’s figures.

And while there are no firm plans to implement a petrol-car ban in Australia as yet, leading motoring experts are calling on the government to enact similar policies.

“I would expect to start seeing targets that are between 2025, 2030 for banning petrol-driven cars in this country,” Mr Lund told the program.

“We don’t manufacture cars here — we’re recipients of the cars coming from Europe and from Asia.”