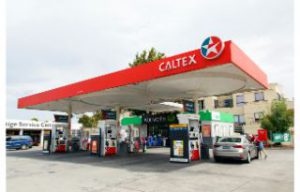 Caltex confirmed this morning they had received the revised bid from Alimentation Couche-Tard (ATD) to acquire all shares at a price of A$35.25 per share (less dividends). The deal is estimated to be worth $8.8 billion.

The higher bid follows Caltex sharing non-public information with Couche-Tard last month. And is higher than their most recent A$34.50 price per share offer which Caltex last year rejected, stating it ‘undervalued’ the company. Couche-Tard had initially offered A$32 per share.

The bid would be Couche-Tard’s final offer, pending no competing proposal and would be subject to approval from the Foreign Investment Review Board.

Caltex have stated their board is currently considering the proposal and obtaining financial and legal advice.

However reports by Bloomberg this week said UK rival EG Group had been consulting with Macquarie Group to discuss a partnership for a takeover bid, which would see EG Group control the retail side while Macquarie would take over the refinery and infrastructure businesses.

C&I reported last month that EG Group had been considering the financial viability of making a bid.

Caltex have said the bid there is no certainty the bid will result in Couche-Tard acquiring the company.