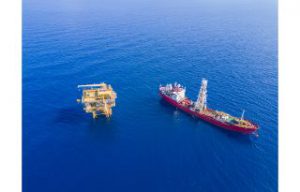 Multinational energy company Equinor has abandoned plans to start drilling near the Great Australian Bight, citing the operation would not be “commercially competitive”.

Equinor had earmarked an area south of South Australia’s Nullabor coastline, near the West Australian border, in the Ceduna sub-basin to drill for oil .

The Norwegian company were granted the second of a four stage approval process for ultra-deepwater Stromlo-1 exploration by the National Offshore Petroleum Safety and Environmental Management Authority in December.

However C&I reported last month that environmental group the Wilderness Society South Australia planned to challenge the decision in the Federal Court, stating they and other groups had not been consulted by Equinor.

Equinor’s country manager for Australia Jone Stangeland said the decision followed a ‘holistic’ review of the exploration portfolio, which found it did not compare financially to other projects.

“We will engage with the federal and state authorities regarding our decision to discontinue the exploration programme. We hold an exploration permit offshore Western Australia and will maintain other ongoing interests and activities in Australia.”

Wilderness Society SA director Peter Owen said the group welcomed the news, adding they will consider their next move regarding the court challenge in the coming days.

“We’ve worked tirelessly alongside the community to ensure that the Bight can be protected from irresponsible fossil fuel exploitation,” Mr Owen said.

“Four major oil companies have now left the Bight since the Fight for the Bight began. It’s clear that drilling the Bight is  not a sensible proposition.”