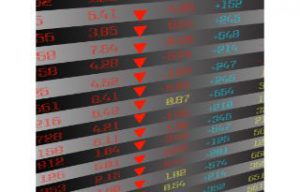 A supply stoush between Saudi Arabia and Russia has driven global fuel prices even lower.

Demand for fuel has dropped world-wide on Covid-19 fears, which has seen airlines slash services, which C&I last month reported was already having an impact. Forced lock-downs of areas in China and Italy have further exacerbated the global oversupply.

Leaders from the Organisation of the Petroleum Exporting Countries (OPEC) met last week to discuss measures to curb the price dip, including slowing supply by as much as 1.5 billion barrels per day in an effort to increase demand.

However Russia rejected the proposal and Saudi Arabia, the world’s largest producer of oil, responded by both cutting their oil prices and increasing production.

The stoush has seen global prices drop by as much as 30 per cent in what has been deemed the biggest price crash since the 1991 Gulf War.

The fall could see short-term benefits to consumers with predictions prices could fall to as low as $1 per litre in Australia. And Federal Treasurer Josh Frydenberg has reportedly spoken to the head of Australian Competition and Consumer Commission (ACCC) Rod Sims about holding oil companies to account in ensuring the price drop flows on to consumers.

However it has also had dire consequences on the ASX, which yesterday suffered through its worst day since the global financial crisis with close to $140 wiped from the market, sparking further fears of a recession.

The government is expected to announce its stimulus package later this week, aimed at reducing the economic fall out from the virus and avoiding Australia heading to a recession.

Provisions for small businesses, who would be particularly hard-hit by virus fears and extreme containment measures, are expected to be included.

The spread of the virus in Australia remains relatively low compared to other countries, including Italy which has this week enforced a nationwide lock-down, urging people to stay home as the country grapples with the largest outbreak outside of China. Italy has seen more than 9,000 people test positive for the virus and its death toll stands at 463.

Figures from the World Health Organisation put the number of cases globally at more than 110,000 and the death toll at 3,800.

Australians are being urged to cease panic buying which has left supermarket shelves across the country bare of essentials, including toilet paper, pasta, non-perishables and anti-bacterial products.

The hysteria saw two women charged with affray after a brawl inside a Chullora Woolworths store over toilet paper on Saturday. And man last week had to be tasered by police after he allegedly assaulted an employee and another customer at a Big W store in Tamworth after an argument over loo rolls.