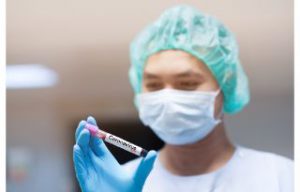 The federal government has this morning unveiled its stimulus package, in an attempt to keep Australia out of a recession as COVID-19 cases continue to increase.

The $17.6 billion package, worth just over 1% of Australia’s total GDP, will be rolled out over the next three years, $11 billion of which will be released by June 30.

Among the beneficiaries are small to medium sized businesses, who are especially vulnerable to the virus fall out.

Prime Minister Scott Morrison has announced around 700,000 businesses will be eligible for payments of up to $25,000, to be paid through the BAS.

Instant asset write off limits have also been increased from $30,000 to $150,000 and will now be accessible to businesses with a turnover up to $500 million.

A regional and community fund worth $1 billion will also be established, aimed at boosting tourism.

And business with apprentices will be eligible for subsidy payments.

The government will also make one-off cash payments of $750 to Australians currently receiving the pension, Newstart, disability support payments, carers allowance, the family tax benefit, youth allowance, veteran’s support and health care card holders. Payments will be made available from March 31 and are aimed at boosting spending through the June quarter.

The WHO director general has stated they have “rung the alarm bell loud and clear” and are urging countries to take urgent and aggressive action.

There are currently more than 118,000 cases globally and cases outside of China have increased 13-fold. At present, 114 countries are reporting cases and the death toll stands at more than 4,290.

The WHO have warned cases will rise sharply in the coming weeks.

The number of Australians who have been confirmed to have the virus stands at close to 150, while three people have died.