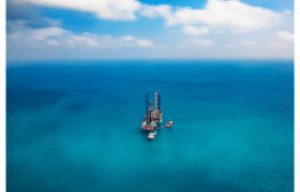 An environmental group is set to challenge Equinor’s approval to drill for oil in the Great Australian bite.

The Wilderness Society SA are launching a challenge of NOPSEMA’s (National Offshore Petroleum Safety and Environmental Management Authority) approval of the plans in the Federal Court.

NOPSEMA had conditionally approved the Norwegian company’s plans for ultra-deepwater Stromlo-1 exploration in December, however the environmental group claim neither they, nor others in the Great Australian Bight Alliance, nor local Indigenous groups, were consulted by Equinor, which they claim was a requirement of the regulations.

In announcing they had granted the company the second of a four stage approval process last month, NOPSEMA said they accepted Equinor’s environmental plan and they had undertaken a “rigorous” assessment over eight months that involved specialists with environmental, engineering and scientific backgrounds.

“To be clear, this is not a step we wanted to have to take. We have engaged diligently and constructively via consultation with other fossil fuel companies seeking approvals in the Bight, including BP. We have engaged diligently and constructively with NOPSEMA. We have consistently requested that Equinor consults with us as an affected and relevant party,” Mr Owen said.

“It is patently clear that Equinor has refused to undertake best practice consultation, and it is our view that it didn’t even meet the basic regulatory requirements. Our view is that NOPSEMA made an important legal error in accepting Equinor’s substandard consultation.”

Equinor’s plan to explore the area of coast south of SA’s Nullarbor coastline, near the border with Western Australia.