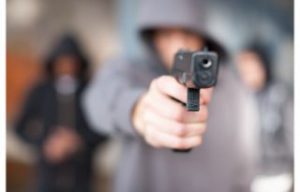 A gun has reportedly gone off during an attempted armed hold-up of an IGA supermarket in Melbourne’s north.

Police have been told three men entered the Hadfield business at about 8.45pm on Sunday night and threatened two attendants with a gun, demanding cash.

It’s understood the attendants refused and instead used metal poles to fight back, before a scuffle ensued, during which the gun was fired.

Two of the men managed to escape, however the third was detained by the employees who held him down until police arrived.

No one was seriously injured in the incident, however one worker was left with a cut to his head and the offender was taken to hospital for life threatening injuries.