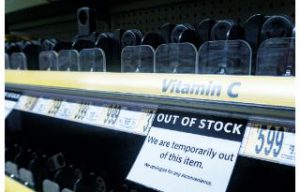 IRI Australia have painted a dire picture of the economic impact of COVID-19 on the Australian economy.

According to their COVID-19: Impact on the Australian FMCG Landscape report, the virus has shaken consumer confidence.

The research company said global economic growth was already at a significant low of just 2.1% – the lowest level since 2008-2009 during the  fallout of the global financial crisis before the global pandemic. And warns the economic ramifications of the virus won’t fully be felt until the June quarter.

In Australia, IRI found household consumption growth was at the lowest level of the past decade, at +1.2%, also finding consumer confidence was at a decade low at 91.9%, down from 103% in March, 2018.

Australians were also have been found to recognised the severity of the pandemic earlier than other countries and reported they perceived it held a greater threat to their personal wellbeing than people in other countries. In a survey of eight countries, IRI said many Australians reported they perceived a ‘high/very high’ level of threat to the world, Australia, community, personal life and family.

However, stockpiling of FMCG has had a positive impact on some areas. IRI report sales spies with a growth seen across 84% of categories. Close to 100 categories recorded a greater than 20% increase (vs YA) and growth in 40 categories was up by more than 50% (vs YA).

Not surprisingly, the most in-demand product was hand sanitiser, which was the highest Google trending search, followed by recipes for home made hand sanitiser.

Many of us have also been making changes to our daily lives, of IRI’s shopper panelists, 73.5% said they were avoiding crowded areas, 49% had purchased health essentials, 33% admitted stockpiling essential items and 32% were staying home from work or school. Just 10% of people said they were continuing life as normal.

Interestingly, the breakdown of consumers who stockpiled showed 30-39-year-olds accounted for the majority of those panic buying daily essentials, accounting for 39%, followed by those aged 40-49 at 35%. Those aged 70 or over were the least likely to stockpile.

In non-food fixtures, toilet paper was item number one, followed by cleaning and medicinal products, soap and body wash and toilet tissues. While for food, meat, meals and bases, pet food, grocery milk and coffee were the top five.