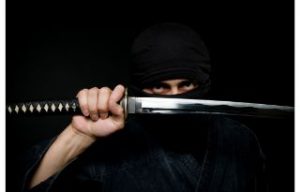 Police are investigating two armed hold-ups of convenience stores within the last week.

In the latest incident, a shop assistant in Waterloo was robbed at knifepoint by two people at the Potter St store at about 2.40am this morning.

The thieves fled in a white sedan, making off with cash and cigarettes and police are urging anyone who may have witnessed any suspicious behaviour to contact Crime Stoppers on 1800 333 000.

The shop assistant was not hurt during the hold-up.

It follows the robbery of a service station in Georges Hall on Sunday night in which two men armed with samurai swords ambushed an attendant as he was closing the store at about 9.10pm.

The men threatened the employee, forcing him to open the register before fleeing with the cash in a waiting black ute.

It’s the latest in a string of hold-ups of Australian C-stores, including a failed attempt at a Melbourne IGA last week in which a gun was fired.