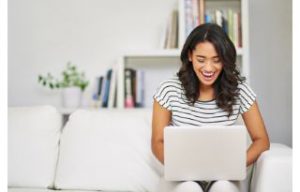 Mr Nealon has take over from Joe Davis (from Marlin Equity Partners), who was appointed CEO in February 2018, following MEP’s acquisition of the site. Mr Davis will stay on as Operating Executive.

Mr Nealon is the former chairman/CEO of financial technology platform Vyze, who was taken over by Mastercard in April last year.

Speaking on the appointment, Mr Nealon said he is looking forward to leading the next phase of the platform, which each month sees one billion users create and share content, including reviews, Q&As and photos for more than 6000 global brand and retailer websites.

“Bazaarvoice pioneered the category of authentic reviews and user-generated content, serving as a trusted partner to the world’s leading brands and retailers,” he said.

“At a time when consumers increasingly insist on trustworthy user-generated content to make purchase decisions and brands and retailers seek to innovate on their go-to-market playbooks to drive revenue growth, Bazaarvoice is poised to deliver increased value to brands, retailers, and shoppers. Recent product innovations and acquisitions focused on driving measurable results for our customers have extended our leadership position and set us up for the next chapter in our company story, and I am excited to lead the business into its next phase.”