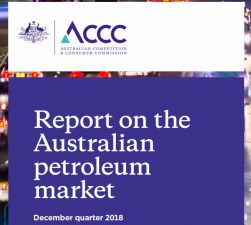 According to the ACCC, the lower inernational crude oil and refined petrol prices were the main reasons for the decrease in petrol prices.

ACCC Chair Rod Sims said: “Petrol prices dropping so dramatically in time for the end of year holidays was great news for motorists. It’s good to see that retail prices followed the fall in international prices in many locations”.

“We will monitor prices closely in our smaller cities and regional areas and highlight where prices do not reflect the large fall in crude oil prices,” Mr Sims said.

The report can be read in full here.