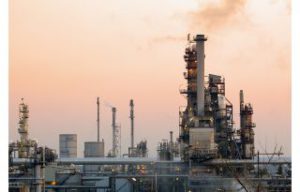 Viva Energy Australia have committed to securing the future of their Geelong refinery and will invest more than $100 million for significant maintenance works.

The company will take the major step of closing the 65-year-old refinery for up to two months during the works, termed the ‘Cracker Turnaround’ program.

When complete, it will provide job security to more than 700 full time workers, VEA have said, as well as create 1000 temporary jobs during the works.

VEA CEO Scott Wyatt said the Corio refinery was an integral part of the business.

“Geelong refinery produces around half of Victoria’s liquid fuel requirements and also plays a significant role in meeting the country’s energy security needs, with around 30 per cent of the crude processed coming from local Australian oil fields,” Mr Wyatt said.

“Rising energy costs and weaker regional refining margins have impacted the refinery’s profitability in recent years, but the company remains optimistic about the future of refining in Australia.”

VEA also published their 2019 financial results, reporting a strong performance in their refinery business and record levels of crude intake and production. They have also announced plans to reduce emissions, including reducing the sulphur content in fuel and supporting new car technologies.