This article was written by Charles Watson and was originally published on Workforce Guardian. 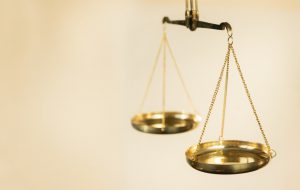 In light of the incoming amendments to the Fair Work Act 2009 (“Act”) as a result of the Protecting Vulnerable Workers Bill that finally passed, let’s consider what it might mean for your business once the amendments commence.

The Ombudsman goes up a weight division

The new provisions give the Fair Work Ombudsman (“FWO”) greater investigative and enforcement powers. The FWO will be able to issue a notice to individuals and companies requiring information or documents as well as requiring an individual to participate in an interview under oath or affirmation. There is also a prohibition for deliberately providing false and or misleading information. Further, hindering or obstructing the FWO in exercising their powers has an increased penalty.

A civil remedy provision under the Act includes a breach of the National Employment Standards or a modern Award. Individuals who engage in serious contraventions of specified civil remedy provisions face a maximum penalty of $126,000. Companies could face a maximum penalty of $630,000. That is a tenfold increase in the penalty currently under the Act.

Franchisors may seek to recover from their franchisees any payments that they make to employees by virtue of their liability as a ‘responsible’ franchisor under the new provisions.

Due to the behaviour of certain employers the amendments will expressly prohibit unreasonable requests by employers on employees to spend or pay back a portion of their wages.

The strengthening of these terms is as a result of various franchisees and labour hire employees in the agricultural and horticultural industries coercing their employees to pay back a portion of their wages in cash. In some cases, the franchisee deliberately falsified records to disguise these underpayments so that an initial observation of the books left the impression that the franchisee was lawfully paying their workers.

Burden of proof on employers who fail to keep proper records

If an application, such as an underpayment of wages claim, is brought against an employer and the employer was required by the Act to keep records or payslips in relation to that matter but did not do so, the burden of proof of the allegation will reverse. It will be up to the employer to prove that they are not liable for the claim, or the full value of the compensation and/or penalties will be payable.

The Government’s rationale behind the increases to penalties and other requirements is to deter the exploitation of workers and shoddy employment practices. The amendments also have little effect if businesses are doing what is already required of them.

It’s a balancing act really, more red tape and double checking, but it does help to create a level playing field for businesses generally.

Keep it simple, keep appropriate records, and if it doesn’t seem to pass the ‘sniff test’ then it probably doesn’t.

The original article can be found at this link Workforce Guardian.