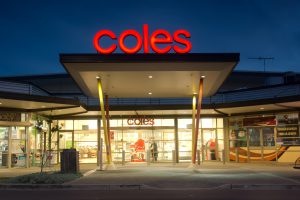 This story was originally written by Andy Young, and published on The Shout.

Wesfarmers has revealed its intention to demerge its Coles division, with the move subject to shareholder and other approvals.

If the demerger goes ahead, it would incorporate Coles supermarkets, liquor and convenience and Wesfarmers said it anticipates it would see the creation of a new top 30 company listed on the ASX.

“Wesfarmers acquired Coles as part of Coles Group in 2007 and since then has successfully turned around the business and restored its position as a leading Australian retailer,” Wesfarmers Managing Director Rob Scott said.

“We believe Coles has developed strong investment fundamentals and is of a scale where it should be operated and owned separately. It is now a mature and cash generative business, which is expected to have a strong balance sheet and dividend paying capacity. Coles will be well positioned to continue to deliver long-term earnings growth, with an earnings profile that is expected to be resilient through economic cycles.

“A demerger of Coles will facilitate greater focus by Wesfarmers on growth opportunities within its remaining businesses and the pursuit of value accretive transactions. The capacity to act opportunistically will be retained through a strong balance sheet and a cash generative portfolio. The Group expects to retain its current strong credit ratings and the dividend policy will remain unchanged.”

Businesses to be included in the proposed demerger would include a national network of 806 supermarkets as well as Coles Online; 894 liquor stores nationally through Liquorland, Vintage Cellars and First Choice Liquor; Coles Express which operates 712 fuel and convenience store outlets under an alliance with Viva Energy; Coles Financial Services, which offers general insurance and credit cards; and Spirit Hotels, a chain of 88 hotels predominantly in Queensland.

Wesfarmers also announced that Coles’ Managing Director, John Durkan, would be stepping down after 10 years in senior leadership positions at Coles, including four as MD. His replacement was revealed to be Steven Cain, who moves into the role after leaving his role as CEO of Supermarkets and Convenience at Metcash.

Metcash revealed that Scott Marshall will step into the gap left by Cain and that Rod Pritchard would step up into Marshall’s role as Chief Executive of ALM.

Rob Scott welcomed Cain to Coles, saying that his experience will help the business once the demerger goes ahead.

“Steven brings a wealth of experience in international and Australian retailing with organisations such as Asda, Kingfisher, Coles and Metcash. This, combined with his experience as a listed company CEO, positions Steven well to lead Coles post the demerger,” Mr Scott said.

He added that Durkan had decided it was the appropriate time for a leadership transition as Coles entered its next chapter. Scott thanked Durkan for his work as MD of Coles, highlighting the company’s liquor transformation and he said that Durkan will remain in an advisory capacity following the leadership change to ensure a seamless transition.

“John has made an enormous contribution to the successful turnaround of Coles under Wesfarmers’ ownership and we look forward to him continuing to lead the business as we prepare for demerger,” Mr Scott said.

“The fact that food at Coles has been in deflation for eight consecutive years is in no small part due to John’s determination to provide Australians with great quality food at great value,” Mr Scott said.

“Coles’ customers, regardless of where they live in Australia, have access to the best of Australian fresh produce, meat, deli and dairy, and market-leading prices on grocery. John has been instrumental in this fundamental change in Australian retailing.

“Under his leadership we have also seen the turnaround of Coles Liquor, a business that was in structural decline for many years, a much improved convenience offer through Coles Express, the establishment of the $50m Coles Nurture Fund, the transformation of a number of key digital enablers across our store network, supporting the exponential growth of Redkite and SecondBite, and myriad initiatives to attract and retain great talent, including establishing one of the largest graduate programs in Australia.”

The demerger is subject to final Board approval, third party consents, and regulatory and shareholder approvals. If approved, the demerger would be expected to be completed in the 2019 financial year.