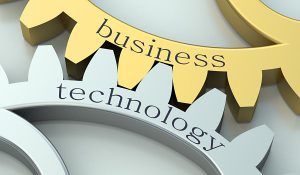 Retailers are experimenting with checkout-free shopping – and while it boosts convenience for customers, it has yet to be seen what effect it may have on theft levels.

It was Amazon who started the ball rolling in January with its “just walk out” shopping experience.

The first Amazon Go store at the company’s headquarters in Seattle teamed an app with a complex camera system and machine-learning capabilities so that every time a customer lifts something off the shelf, it’s automatically added to their account and an electronic receipt is sent moments after leaving the store.

At the moment, Amazon Go isn’t a full supermarket store experience, instead, it’s more of a convenience store offering, with meals-on-the-go for urban dwellers in the shape of freshly prepared meals, salads and sandwiches, and snacks and drinks.

The technology is so robust that when a New York Times reporter actually tried to beat the system and steal a product by obscuring it from the cameras, they were charged for it anyway.

It remains to be seen what overall benefits shop-and-go technology will hold for retailers, particularly in terms of theft. Already losses through self-service checkouts are estimated to be nearly double that of standard stock loss.

Developments in Artificial Intelligence, Machine Learning, and Internet of Things technology are on the cusp of being able to combat some of the biggest issues retailers face. Smart checkouts, smart shelves, sensors and automation, and the IOT are going to revolutionise the retail industry.

Regardless of latent security concerns, the outlook is that progress towards cashless and checkout-free stores is inevitable. It’s estimated that contactless payments will reach more than $US2 trillion by 2020, according to researchers Juniper.

Amazon Go has since expanded out to five stores across the US and while there’s no official word on expansion plans, recent reports suggest there are plans to grow to 3000 by 2021, which is serious competition to existing convenience chains.

In Britain, supermarket chain Sainsbury’s announced in August it is trialling scan, pay and go technology at one of its London stores. Its existing SmartShop app system, which runs across 68 stores, allows customers to scan goods on their smartphones then pay at a designated till point. The latest trial, however, allows customers to pay anywhere for the goods using Apple Pay.

In Australia, last month Woolworths launched a similar trial at one of its Sydney stores with “Scan&Go” technology, where customers scan barcodes into their phones as they shop and then tap off at a dedicated checkout where the payment will be made through a linked debit or credit card.

The companies dipping their toes in the water with this technology insist it won’t lead to job cuts, and emphasise that it’s about improving convenience for customers.

A retail expert from Queensland University of Technology, Professor Gary Mortimer, told the Sydney Morning Herald: “One of the pain points shoppers often talk about is having to line up at the checkouts. This type of technology removes that element of the shopping experience completely and puts the power back into the consumer’s hands.”

“As well as improving stock loss, tech innovations will have a fundamental impact on the customer experience, by ensuring that the right level of products are in stock, on demand,” Saunders predicts.

Meanwhile in China, Alibaba’s futuristic supermarket chain Hema continues to surge ahead in growth. It already has a network of 64 digitised “new retail” stores, where customers can shop, dine and pay using their mobile phones, with reports that it plans to grow to 1000 within five years.

Tesco boss Dave Lewis told the Guardian: “The technology exists to do it but does the customer behaviour support it?” said Lewis. “If the margin is 2 percent-3 per cent, you don’t need to lose very much to make it unprofitable.”