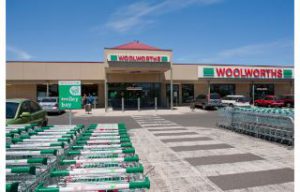 Woolworths have announced their underpayment scandal has risen to $315 million.

They have also flagged the figure could continue to rise, as they finalise an internal review into the underpayment of more than 5,700 salaried staff over a nine year period.

In a statement to the ASX on their half-yearly results yesterday, the company admitted to having “let down” team members by paying them under the General Retail Industry Award (GRIA).

Adding they had made progress on the issue and had so far reimbursed $69 million to affected staff.

The payment discrepancies first came to light in October, when they announced a shortfall of up to $300 million. However an internal review taking into account Big W and Endeavour Drinks (which includes Dan Murphy’s, Cellarmasters, BWS and Langton’s) has uncovered further errors.

It marred what was an otherwise strong result for the supermarket giant, who reported earning growths in group sales from continuing operations were up 6 per cent. Earnings before interest and taxes were up 11.4%.

The announcement comes a week after rival Coles announced their own $20 million underpayment scandal, relating to store managers at their supermarket and liquor businesses over a six year period.