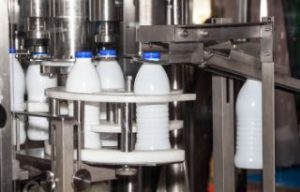 Diary giant Lactalis Australia have announced they will be closing their Pauls factory in Rockhampton, citing a change in local milk supply.

Lactalis, who own Pauls, declined to comment on the decision, which affects 47 employees at the factory. However in a statement issued yesterday, they said the factory had not been operating at full capacity for “a number of years” and was reliant on redirected milk supplies from South-East Queensland.

The factory will cease production on February 28.

“We’re very sorry to be ceasing our factory operation in the tight-knit Rockhampton community. The Rockhampton factory has been part of the Lactalis/Pauls family for 30 years. Lactalis products will still be sold via our local distributor and available in local stores. Community members will still be able to enjoy their favourite dairy products with brands such as Pauls, Ice Break, Vaalia and Breaka still available on shelf as usual.”

Yogurt manufacturing will now be transitioned to factories in Victoria and Tasmania.

Explaining their decision, the Queensland Government said Lactalis were chosen as they were the “largest milk processor in Queensland”, they (then) “employed more than 500 Queenslanders” and as they supported Queensland-owned family farms.

Both milk and yogurt are understood to have been included in the hospital tender.