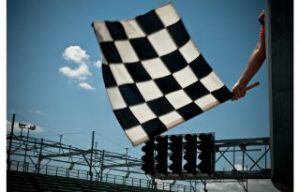 BP Australia have replaced rival Shell as the official fuel supplier for Supercars.

The company have signed a three-year deal to supply more than 350,000 litres of their specially formulated E85 blend fuel across the Supercars Championship.

All Supercars and Dunlop Super2 Series cars will also feature BP Ultimate branding as part of the deal.

The first cars racing on the fuel will hit the track at Tailem Bend on February 18 in a pre-season test which has been named the BP Ultimate SuperTest.

The petrol blend is exclusive to Supercars and not available for customer purchase.

In a statement on the partnership, BP Australia vice president sales and marketing Brooke Miller said the partnership was a natural fit for the company.

“Our pledge is to ensure optimal engine performance for all teams and their vehicles on the track from 2020,” Ms Miller said.

“We’re looking forward to the three seasons ahead and collaborating with this iconic racing series to provide a platform of innovation for not only the drivers, but for all Supercars fans.”

Shell’s three year deal to supply the Supercars, signed in 2017, was due for expiry.